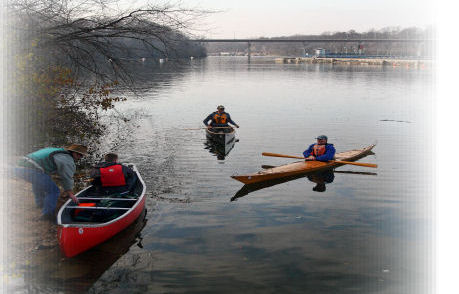 In July 2013, Fox-Wisconsin Heritage Parkway was awarded National Recreational Trail designation from the U.S. Department of Interior. They see this as a great honor, but with it also comes a responsibility. The Parkway needs to build out this trail so that visitiors come and know exactly where to go, how to navigate, and are able to safely paddle anywhere along the route. This means putting some resources toward the landings, the mapping and the safety considerations. 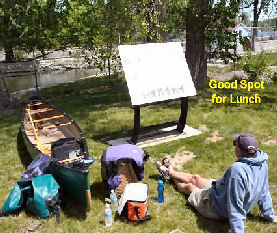 The Water Trail Portage Project is one link in the chain of projects for the completion of the Fox-Wisconsin Heritage Parkway project. This project is being brought forth through the dedication of the Friends of the Fox organization. Friends of the Fox is honored and will work hard to be a part of the continued efforts in realizing the dream of a completed Fox-Wisconsin Heritage Parkway.

Increased utilization and better access to our Fox River are key elements for the Friends of the Fox organization. The development of water trails and portages for non-motorized watercraft throughout the entire Fox River system will enhance opportunities for a great number of our paddling friends.

The first phase in this initiative is a portage project through the four Appleton locks and navigation canal. The Fox River System Navigation Authority has approved this project. The portage project has been scheduled to be completed in 2009, with a 2010 season opening.

Over the last two years the National Park Services Hydropower Assistance Program facilitated discussions during the federal licensing of the Middle Appleton hydropower project that resulted in Neenah Paper’s contribution of funding assistance for project implementation; RiverHeath also contributed funding for the project, allowing us to commence with the first project of the Fox-Wisconsin Heritage Parkway.

Friends of the Fox is now seeking help to construct the portages at each of the Appleton lock locations. We will extend the portages throughout the system as additional locks are restored. If you think you can be of help with this project please contact us.

Current partners with Friends of the Fox are:

Additional phases of a comprehensive trail system will be developed as additional locks are renovated. 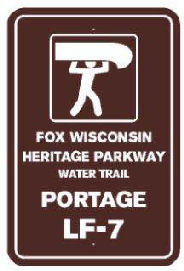 Fox River Water Trail is First to Use Them 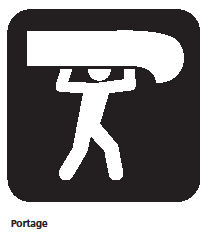 As part of the Fox River Water Trail development, the Friends sought a portage sign template for signs to be posted along the Fox River locks indicating canoe launches and portages. (These portage facilities were being constructed in 2009 to facilitate portage around the locks; the $10,000 funding for construction was received from Fox River Paper as a result of discussions initiated by the NPS’s Hydropower Licensing Program staff.)

The NPS’s Sign Program staff in Harper’s Ferry, Virginia, agreed to collaborate with graphic design interns from the University of Cincinnati to develop two new signs, a canoe launch and a portage trail. The NPS previously had no such signs in its suite of signs and symbols used by the National Parks, and now thanks to the Friends of the Fox’s request, have added these signs to their collection to be used by both the national parks and general public. 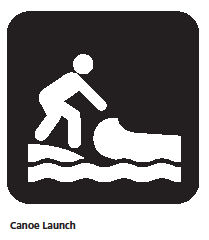 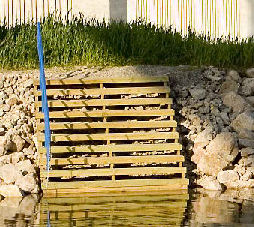 The portages around appleton locks 1-4 have been completed

The Boldt Company has been generous in their role as general contractor. Thank you! 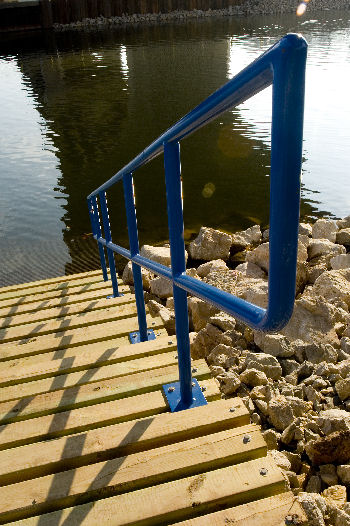 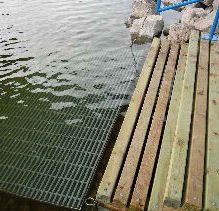 maps of the portages around appletons locks 1- 4 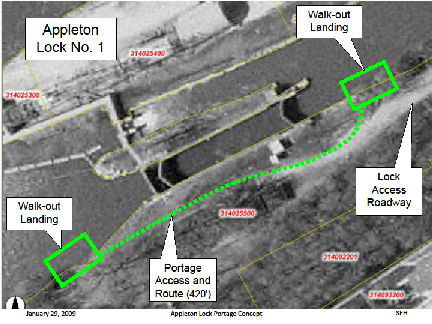 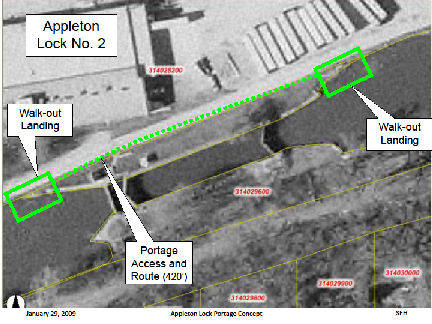 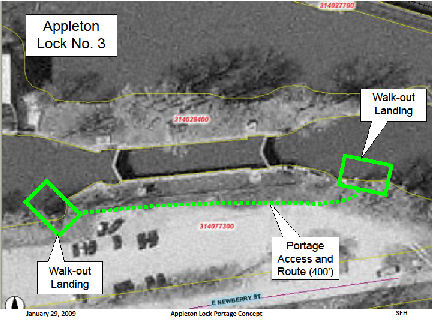 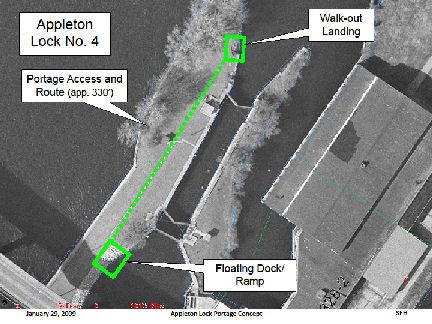 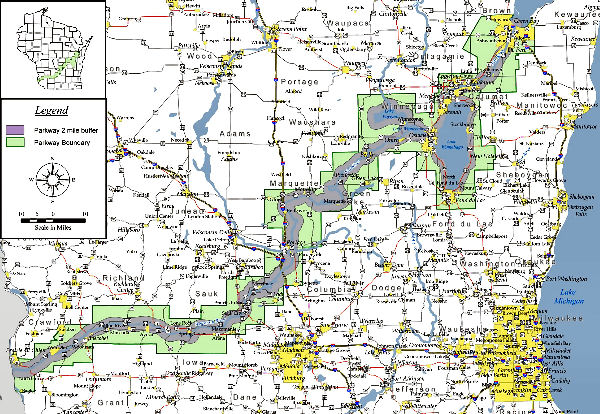 information on types of portages 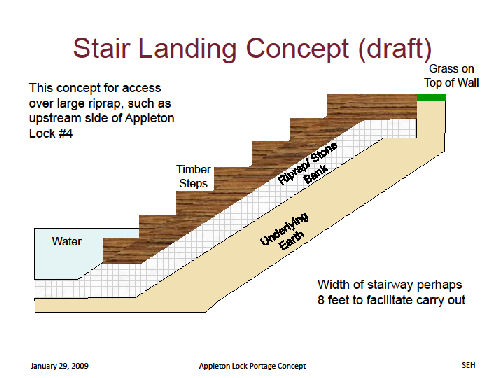 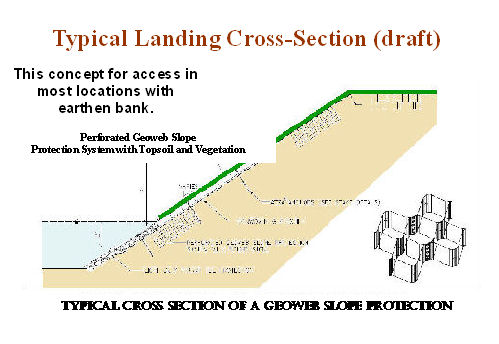